For all intensive purposes this movie should’ve sucked. It is all the pieces to create another Hollywood flop: overused main actors, generic storyline, slightly lengthy runtime, no particular reason to see this movie over the other far superior cinematic experiences currently available at the box office nearest you AND with the release date at the end of summer which artificially makes all life events seem depressing since school and shittier weather are right around the corner. Thankfully this movie steered clear of all of these and landed a sweet, sweet home run.

I had zero expectations of seeing an action flick on a Tuesday night. I just started a new rotation today and would have preferred sleep over Ryan Reynolds playing a slightly inferior Deadpool-esk character. Thankfully for this blog I received an email asking if I would view this movie for free at my local theater thanks entirely to a long forgotten internet account. I hastily accepted the offer and invited a close friend to see this movie with. And I’m sure glad I did 🙂

For personal sleep deprivation purposes I’ll attempt to keep this review short. I loved nearly everything about this movie: Yes Ryan Reynolds played Ryan Reynolds and Samuel L. Jackson played Samuel L. Jackson, but their constant verbose assaults on one another and exquisitely choreographed action sequences landed perfectly on screen. Any other duo would have suffered a guaranteed rotten tomato. For every well-rehearsed plan Ryan had, Mr. Jackson quickly disassembles those through perfect comedic fashion. Their bickering lasts literal minutes which produced a constant laughter that the audience will not soon forget.

One thing to unfortunately note is that Samuel Jackson is clearly past his physical prime, however the director does an outstanding job shielding the audience from this. Instead of filming Mr. Jackson having lengthy physical altercations against stuntman half his age and twice his muscularity, most action sequences are shot in a far superior “Jason Bourne” style with close-quarter moves, quick cut scenes, but without the disorienting headache and ultimate confusion of what you might have just witnessed on screen before you.

The two main female leads were cast very appropriately to one well known Salma Hayek and a much lesser known Elodie Yung. While I immediately rejected Selma’s role as I felt like I’ve seen her in too many movies my life, I quickly embraced her as the sexy, bipolar murderous partner best suited for Samuel Jackson’s lover and the laughs which they would produce. Interestingly, It took me nearly the entire movie to have any sort of positive feelings towards Elodie. Do not get me wrong, she’s a wonderful actress and equally beautiful woman whom played the part perfectly, however when you’re left continually thinking “Gosh, I wonder if they had just cast blank instead, How would it have turned out?” it doesn’t initially sit well. It wasn’t until one of the final scenes where I felt that she truly fit the part and I congratulate her for her performance. My question for you READERS is looking at her picture, what do you think her nationality is? My friend and myself personally conversed QUIETLY for at least 30 seconds during the feature presentation as our misguided attempts lead us around the world at least two times over. Lol 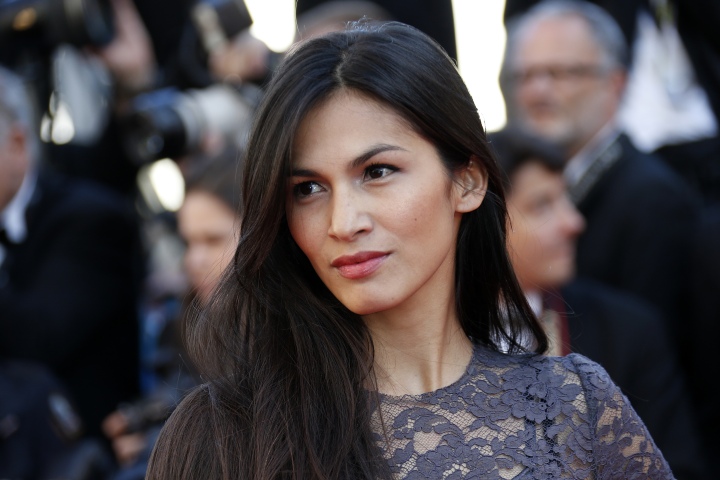 Overall the movie was excellent. The action scenes were surprisingly numerous and violent with multiple head shots and blood spatters present within the first 30-minutes. The motorcycle/boat/car chase scenes were all perfect. The movie did not feel too long and ultimately I did not feel like I was cheated out of my $0 with free validated parking and I definitely recommend this movie to those who wish multiple healthy laughs more weekend time along with Ryan & Samuel.